Nyugati Grand Central
‍The Renewal of Nyugati Railway Station and its surroundings represents yet another unique moment in the deeply layered history of the city of Budapest and serves as a testament to the evolution of this grand heritage building and its ability to withstand the test of time.
The challenge of the renewal has been tackled from four different perspectives that in the end have been brought together to form a cohesive redeveloped area that surpasses its function as a transport hub and becomes a catalyst for change.

‍
Heritage
The beautiful Eiffel Hall is and remains the heart of Nyugati Station. Here we created a quieter room for “slow service”. A room where you are happy to stay while waiting for a train. The tracks are removed but are referenced as a historical imprint in the pattern of the floor. Centrally in the hall, there is a large opening to the Underpass level, that will work as a natural meeting point.

‍
Main Station
Next to the historic Eiffel Hall, The Surface Station is an important carrier of both identity and functionality. The courtyard-like room is inspired by the pleasant historic courtyards of Budapest.
On two sides the hall is lined by green walls and covered by a giant glass roof, with a modest height, not exceeding Eiffel Hall. Following the rhythm of the tracks below it, the folded roof proclaims the ambition to combine memorability with modesty.
The roof is carried by state-of-the-art tree-shaped steel columns, seeking familiarity with the spirit of the structural elements of the Eiffel Hall. The glass roof panels are coloured, inspired by traditional Budapest roof materials and patterns, like the roof top of the infamous Mattias Church.
As a representative arrival hall in Hungary and thus first address of the country, the courtyard Surface Station creates an enchanting, warm welcome for all travellers, visitors and passers-by.

‍
The Underground Station
The underground station consists of two parts, the Regional Train platforms and Long-Distance train platforms. The platforms of the regional trains are located under the Eiffel Hall. These are connected via escalators and lifts first with the Underpass level and on up to the Eiffel Hall. Escalators and lifts are also leading down to the future M5 metro station.
The Underpass level is designed as a bridge, allowing for an open connection between the underground station and the Underpass level. The felt distance to the ground level is hereby shortened, and at the same time enables (artificial) daylight to reach all the way down to the underground platform. A worthy entrance is created for those arriving in Budapest with long distance trains.

‍The Masterplan
The masterplan arrangement is configured in such a way as to directly link Szent István park via Csanády utca as a primary axis through to the new public park, then extended in the axis of Szinyei Merse utca in District VI and ultimately through to Kodály Körönd intersection, thus binding the city grid and the two districts together. Further axes are arranged to additionally strengthen the connectivity through the masterplan to District VI, while secondary green routes are planned diagonally across the masterplan from the new conference and convention centre through a series of public green spaces. This route finally leads to two unique towers comprising of the world’s tallest wooden structure that aims reshape the skyline of Budapest and be a new city landmark that redefines this area of the city. 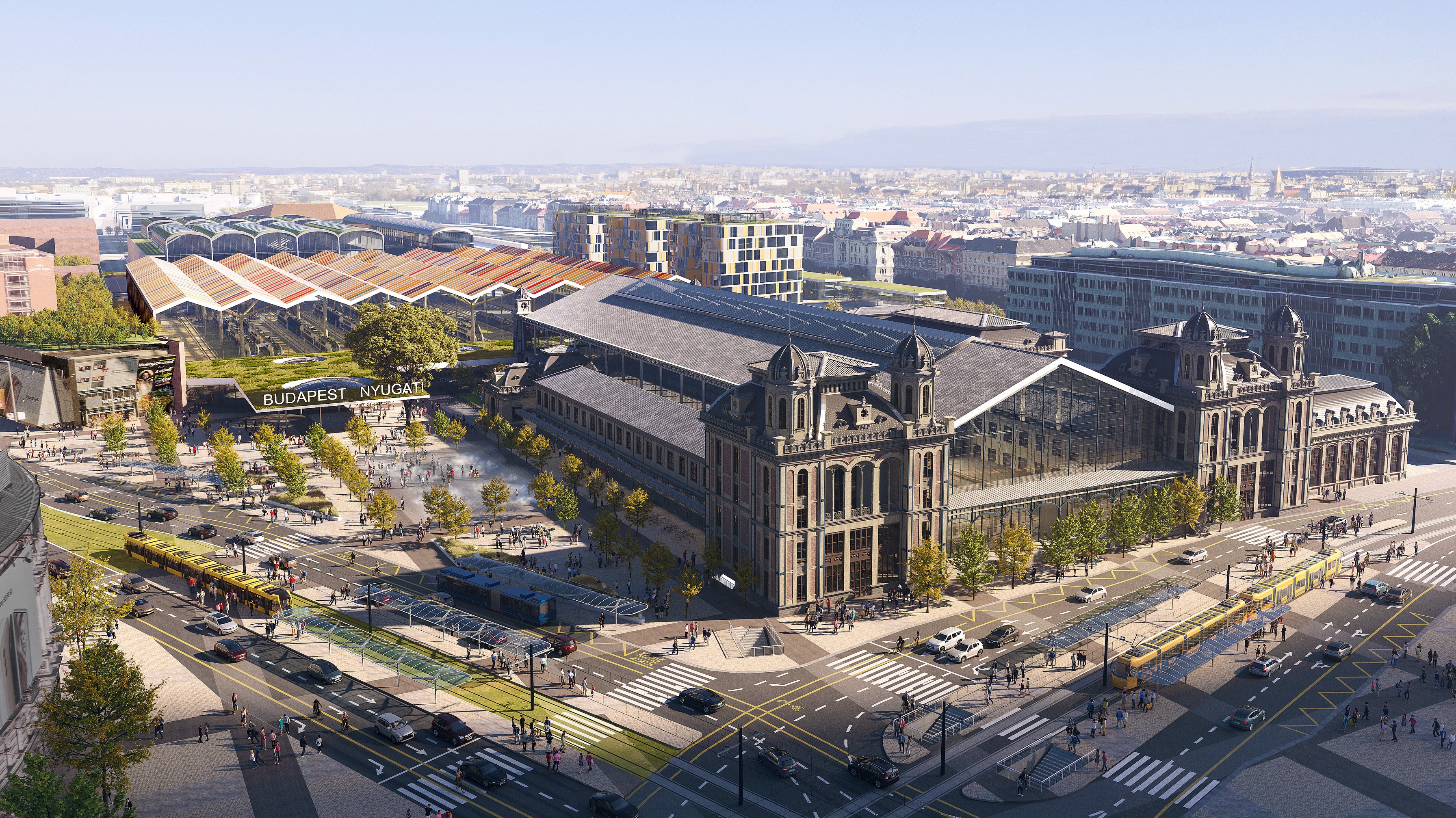 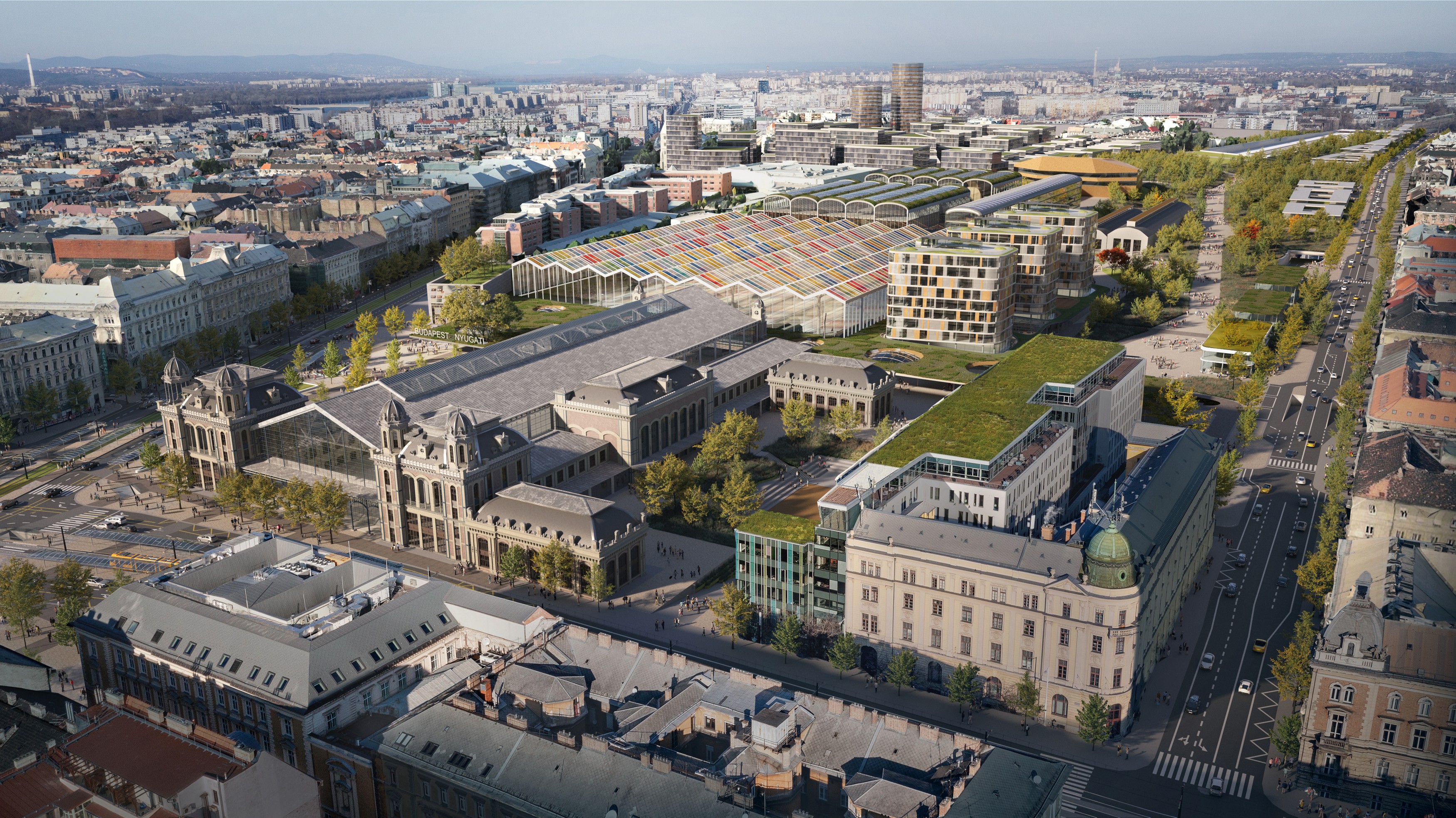 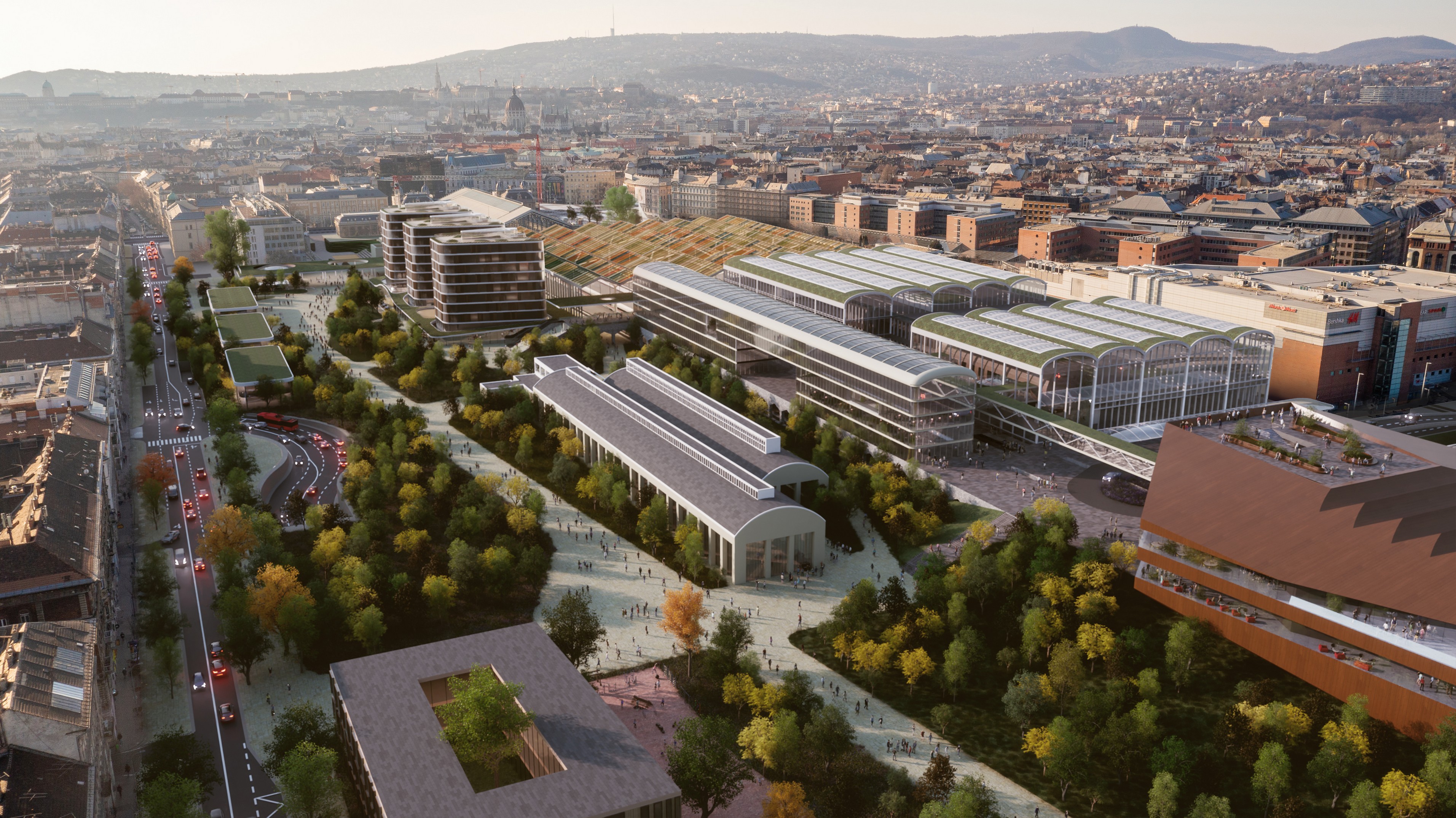 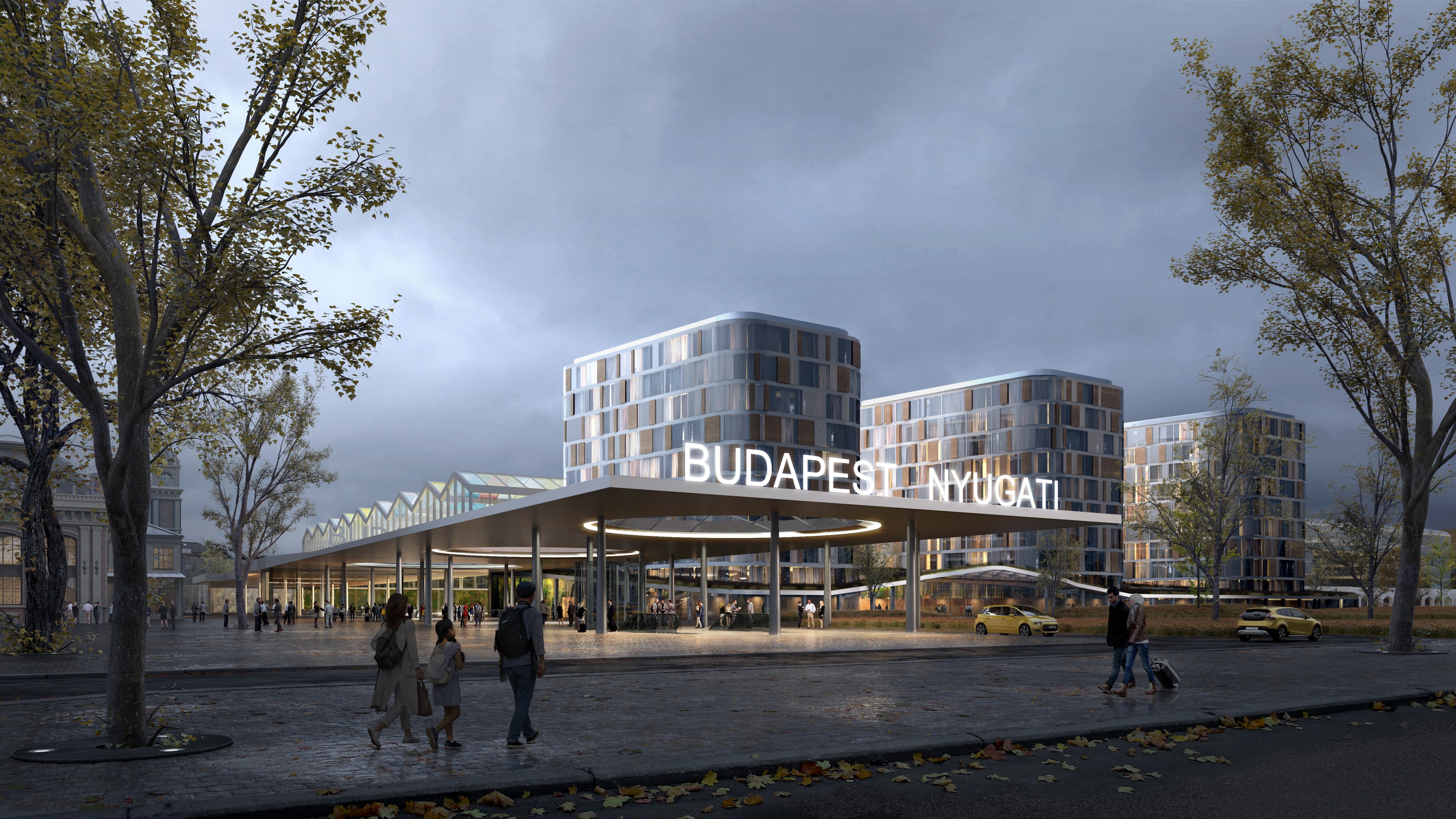 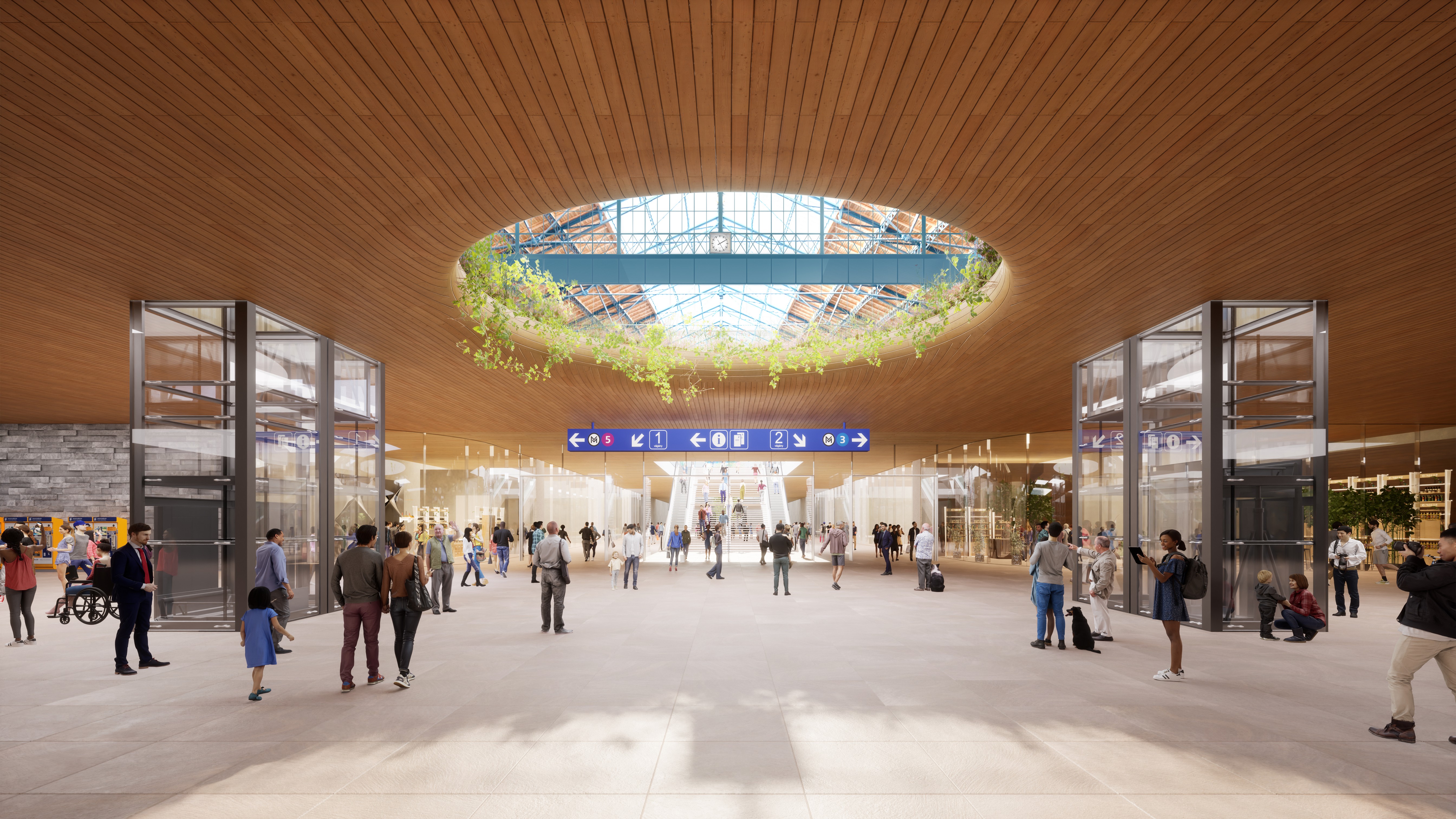 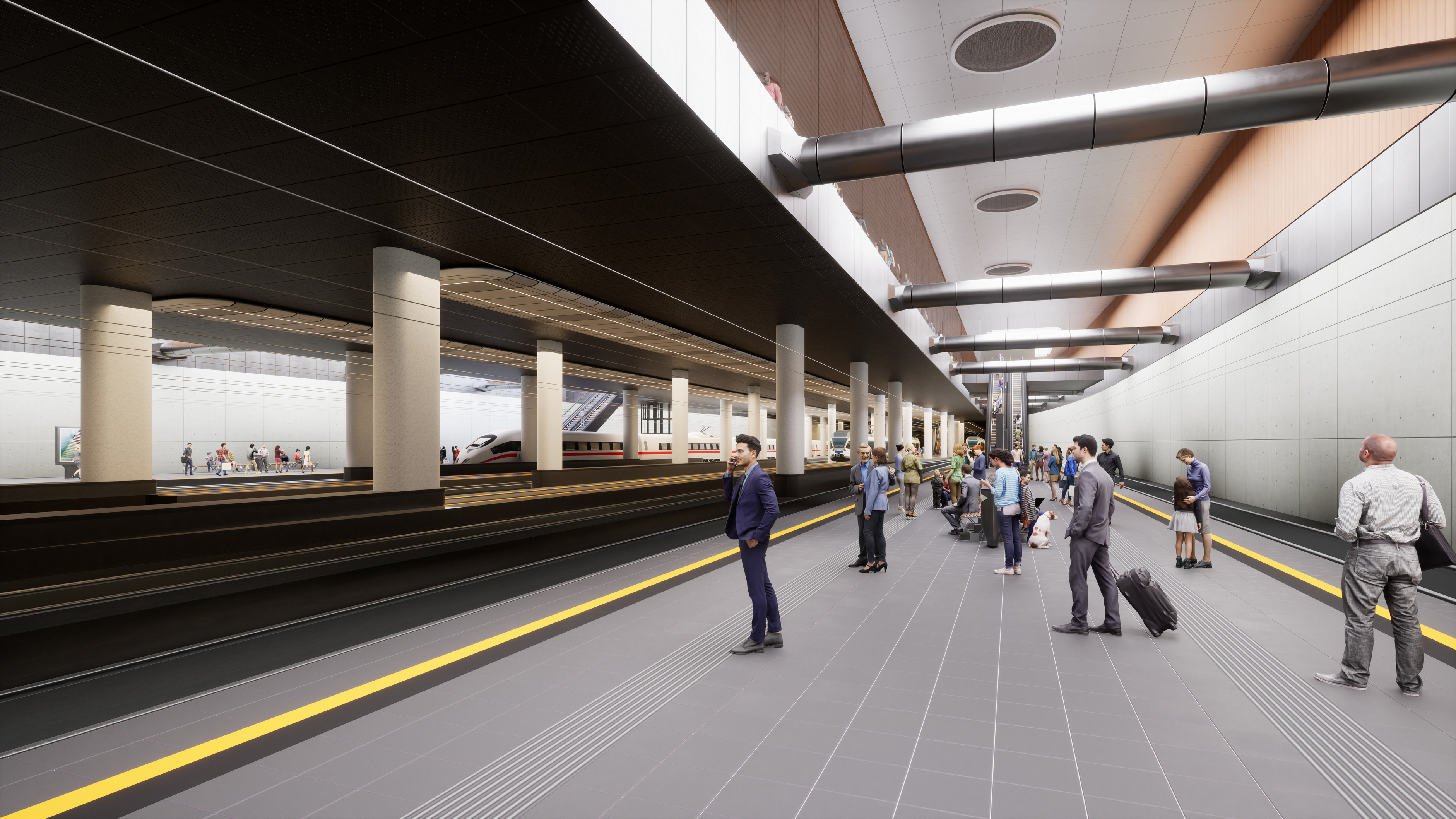 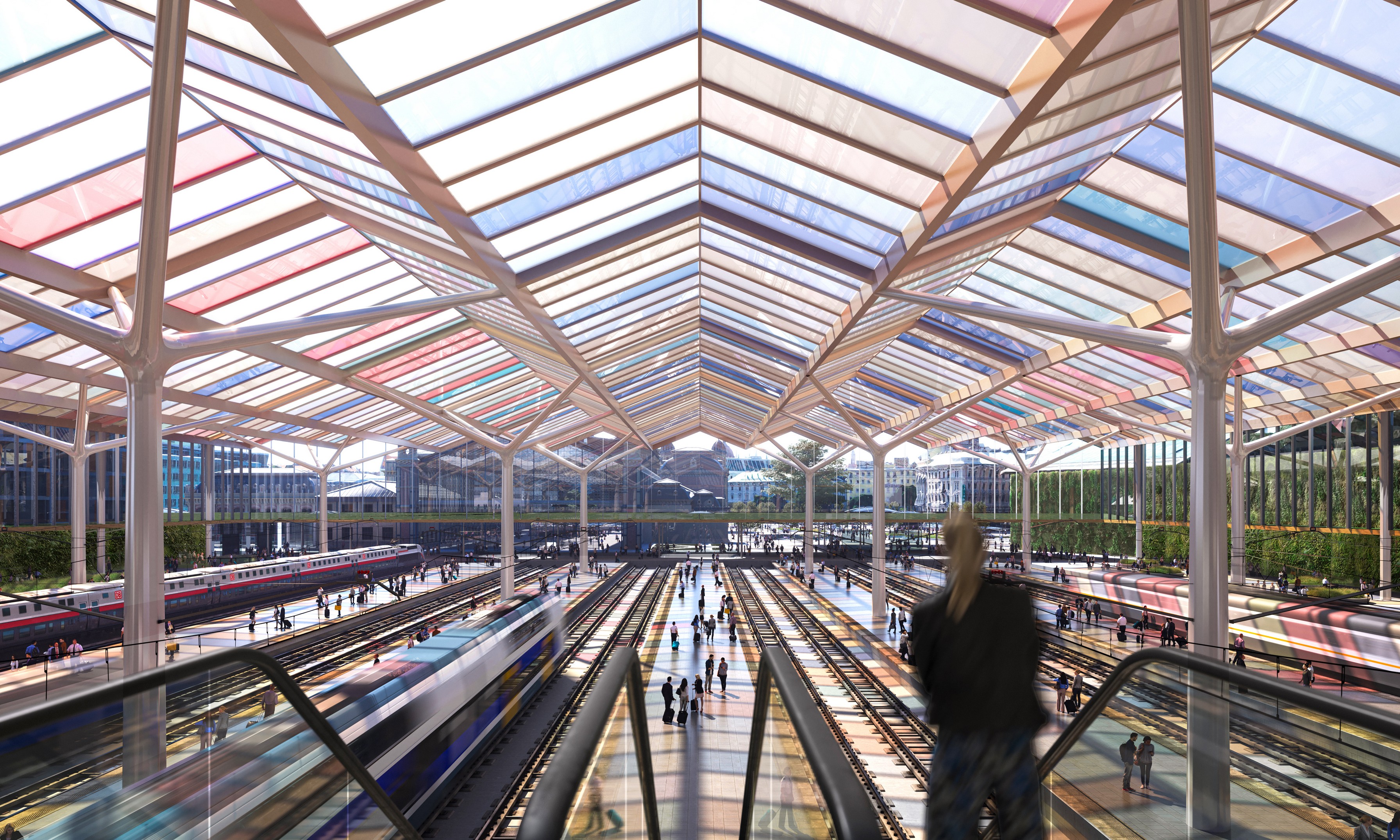