Eindhoven is the Netherlands’ fifth-largest city and the Centre of Technology in the southern half of the country. Eindhoven Central Station area is undergoing an urban transformation and rapidly becoming an innovative district that plays an important role in the development of the entire city. While plans and designs for offices, housing and leisure in this area are rapidly taking shape, it is vital to also focus on the development of the Multimodal Hub itself!

A major overhaul of the station and its immediate surroundings is required to accommodate Eindhoven’s future connection to the international rail network, the increasing demands for more capacity in both the train and bus station, and the wish to create a better user experience for pedestrians and cyclists.

Eindhoven is growing and as a direct result, so is the number of passengers using the Multimodal Hub Eindhoven Centraal XL (MMK XL). Up to 200.000 passengers per day are expected as per 2040.

The planned MMK XL will be a contemporary, future-oriented station area for the city and region of Eindhoven, where public transport passengers can effortlessly arrive, depart and transfer. A pleasant place to stay, where all users feel welcome and where cyclists and pedestrians can move safely. A hub that is integrated into its environment and connects both the north and south side of the city centre, today still separated by an elevated railroad track system.

In order to facilitate the evolution of the Hub, Team Gateways has devised an encompassing Spatial Development Vision. This document aims at creating an efficient, sustainable and flexible station area in order to strengthen Eindhoven's position in the regional, national and international transport network.

In the conceptualization of various integration possibilities, for the growing public transport hub, the emphasis lays on aspects related to bus, train and bicycle facilities. Yet, the Spatial Development Vision also takes into account the urban densification task already explored in the Fellenoord Development Vision (Ontwikkelvisie Fellenoord, KCAP Architect and Planners). In the Vision for the Hub, a spectrum of combinations of design aspects that will lead to a safe, comfortable, flexible, contemporary and future-proof transit facility, have been investigated. Simultaneously, possibilities for the creation of high-quality real estate and public space have also been explored.

Out of numerous investigated variations, three options have been selected by clients and stakeholders and developed by Team Gateways in order to create a solid base for further integrated development of spatial, functional, technical, financial and phasing aspects. 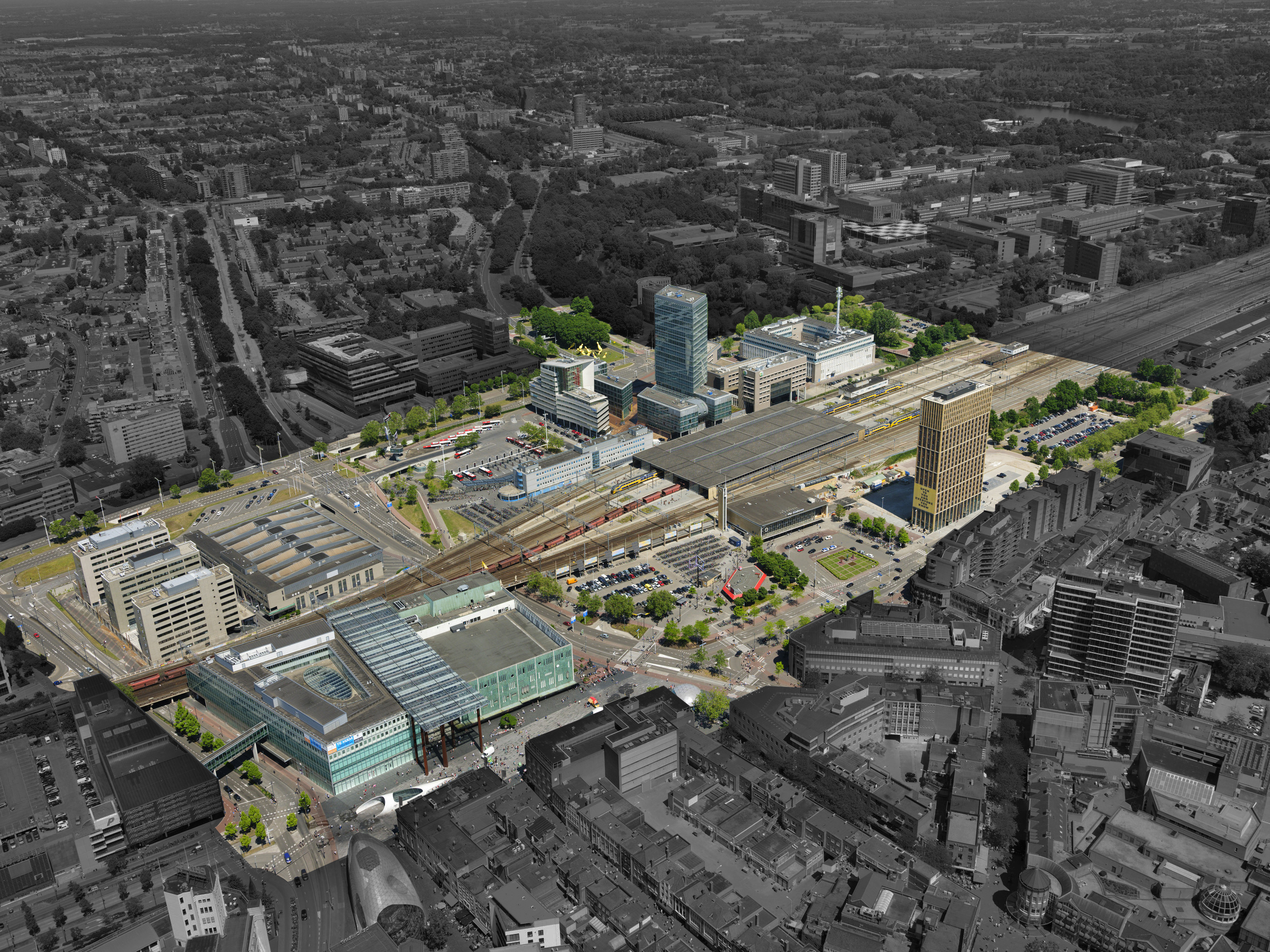 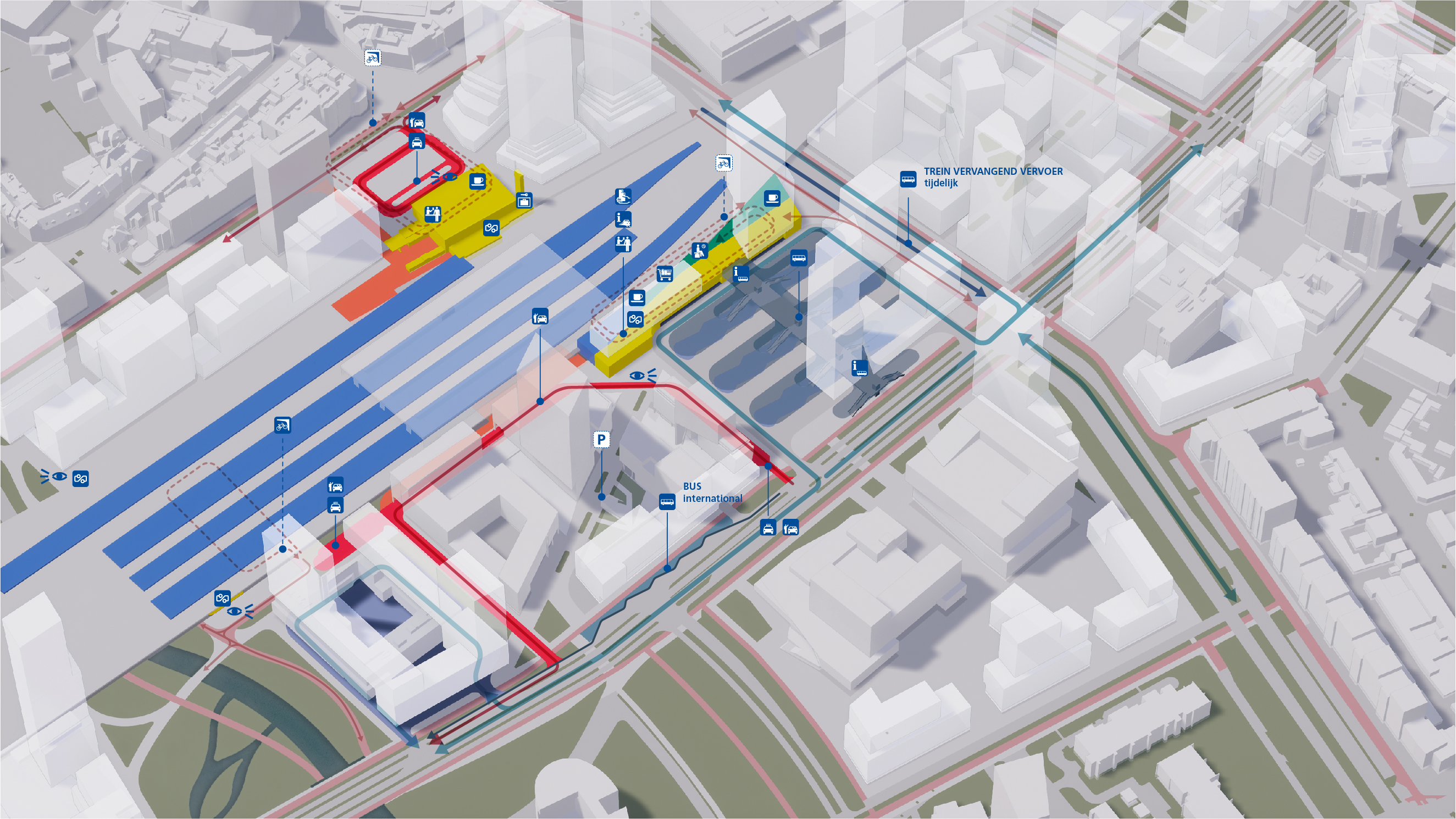 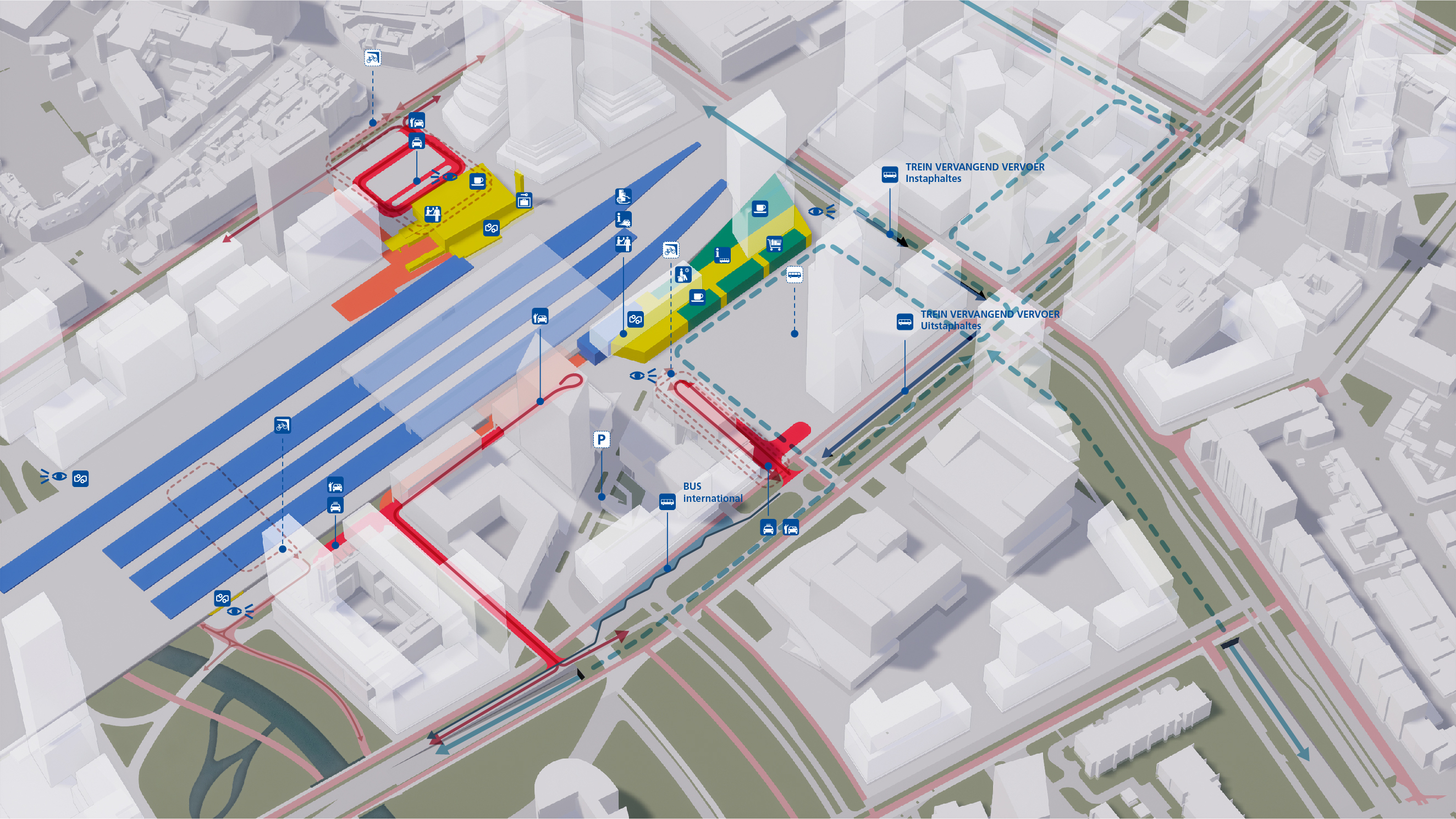 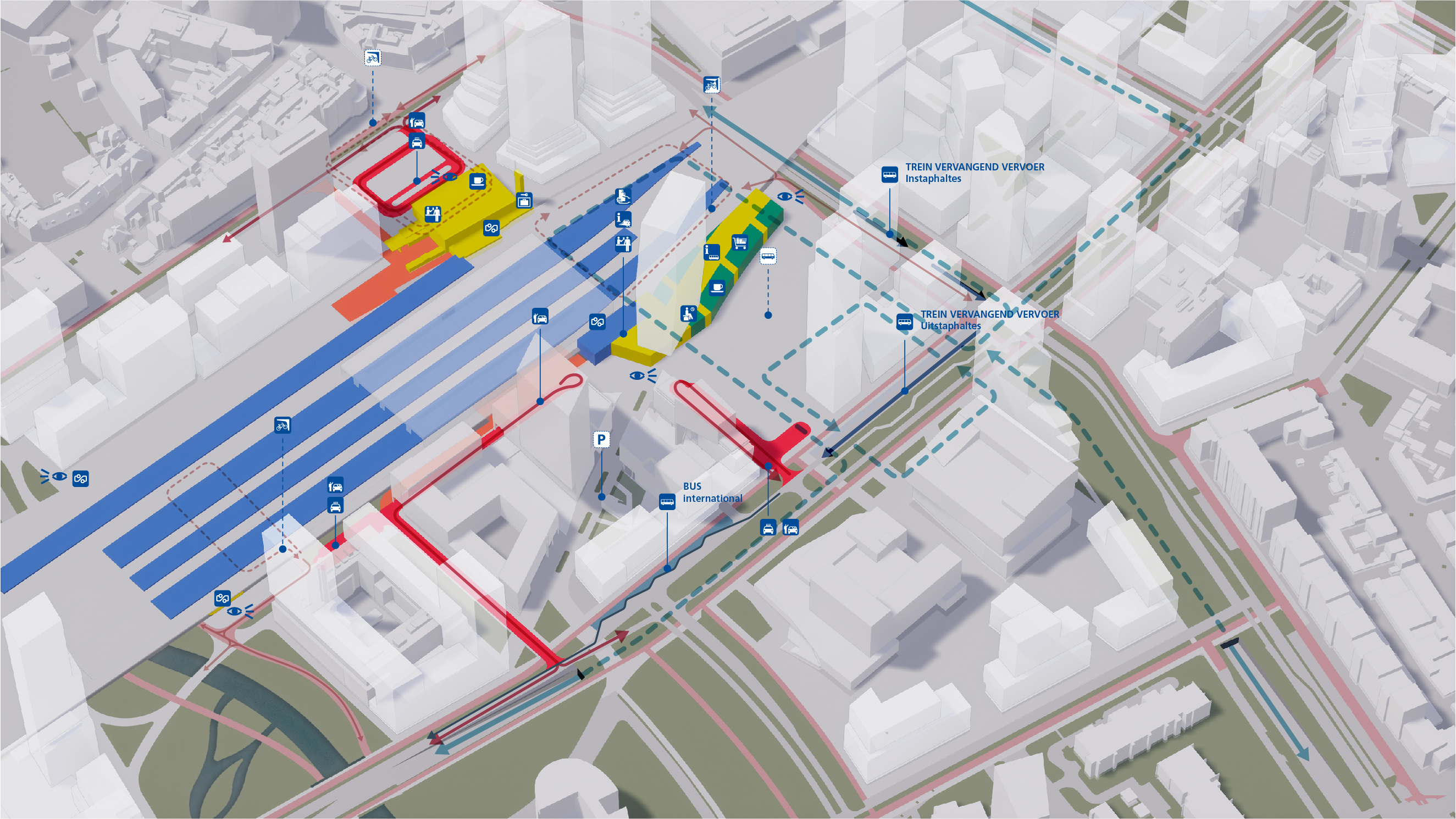 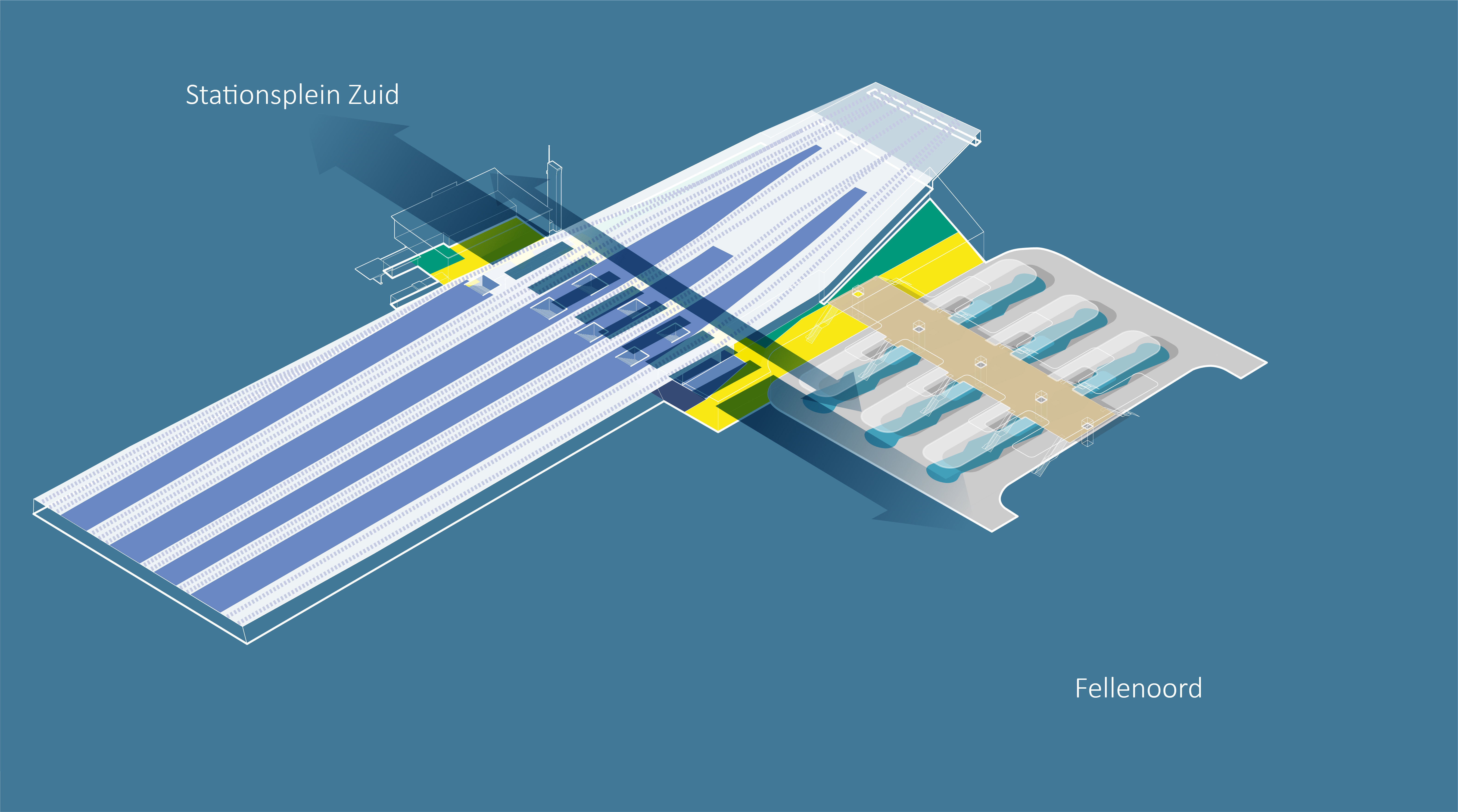 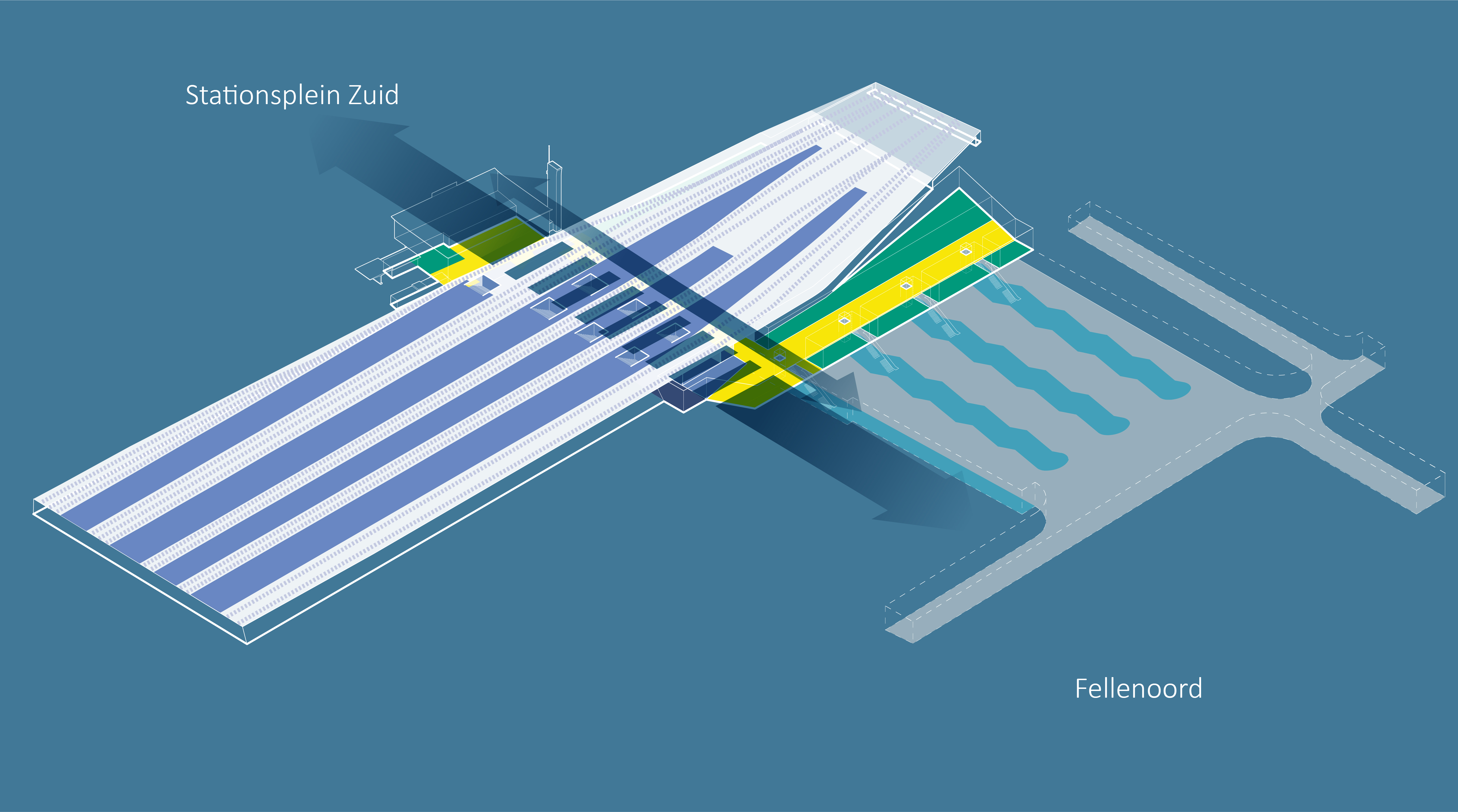 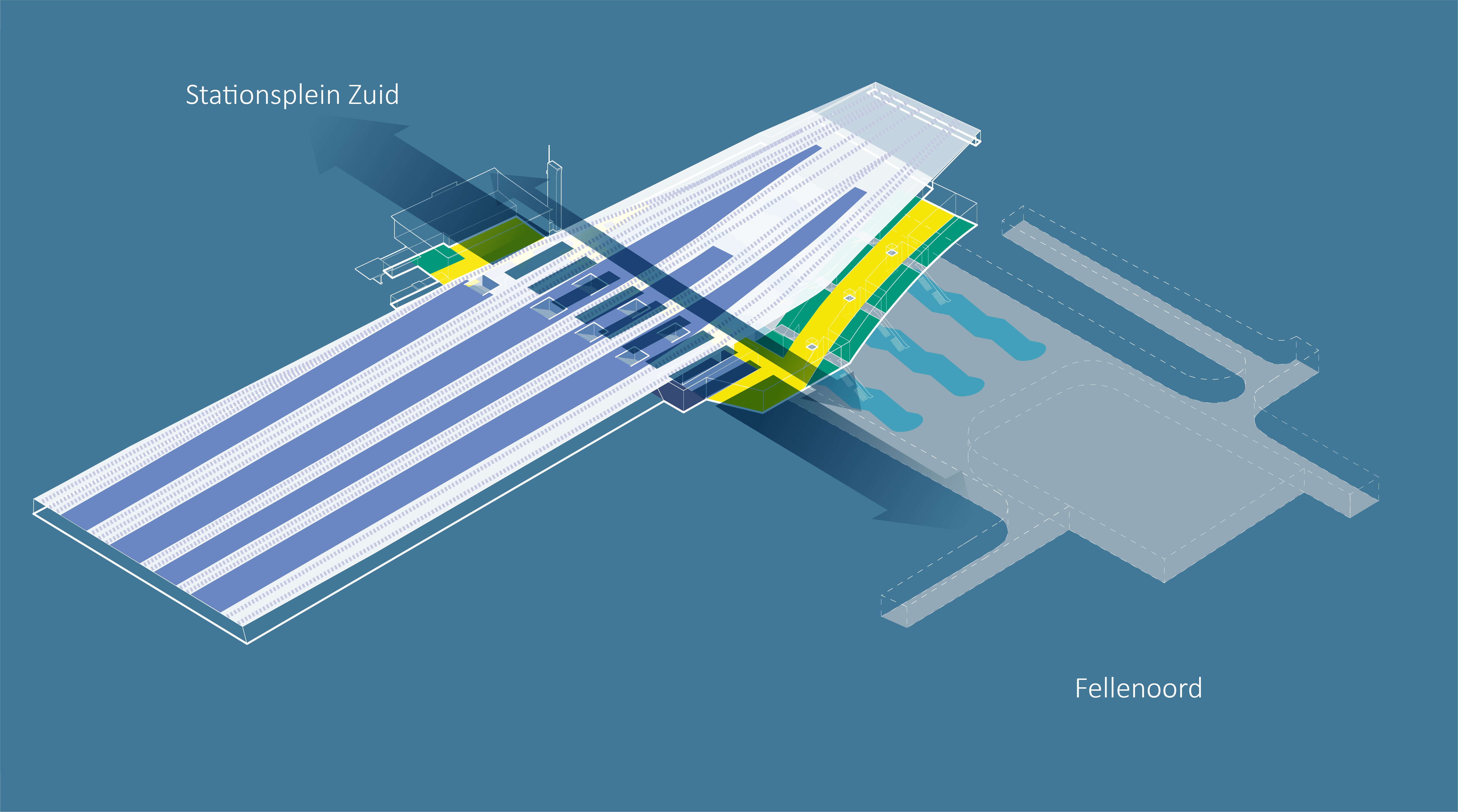 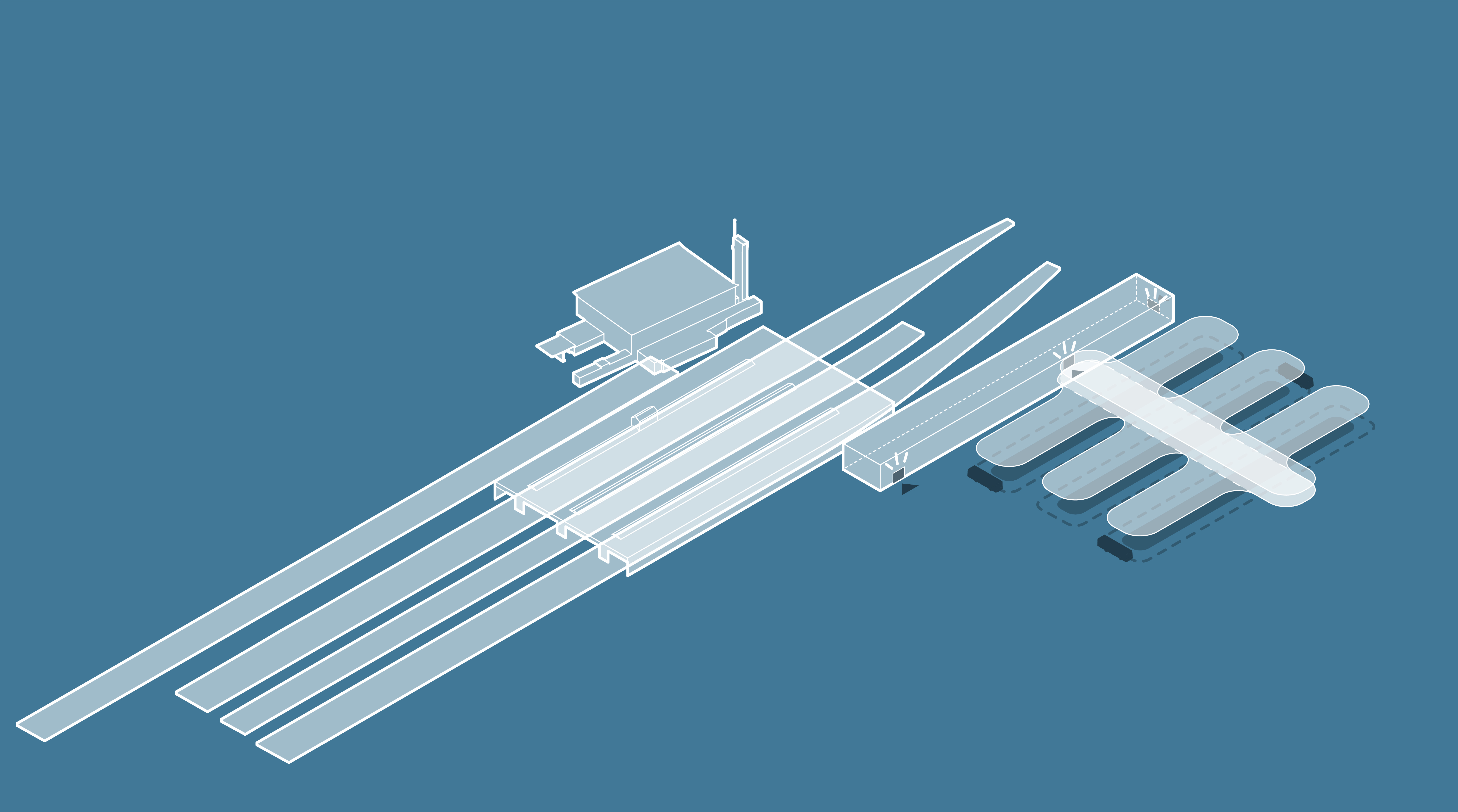 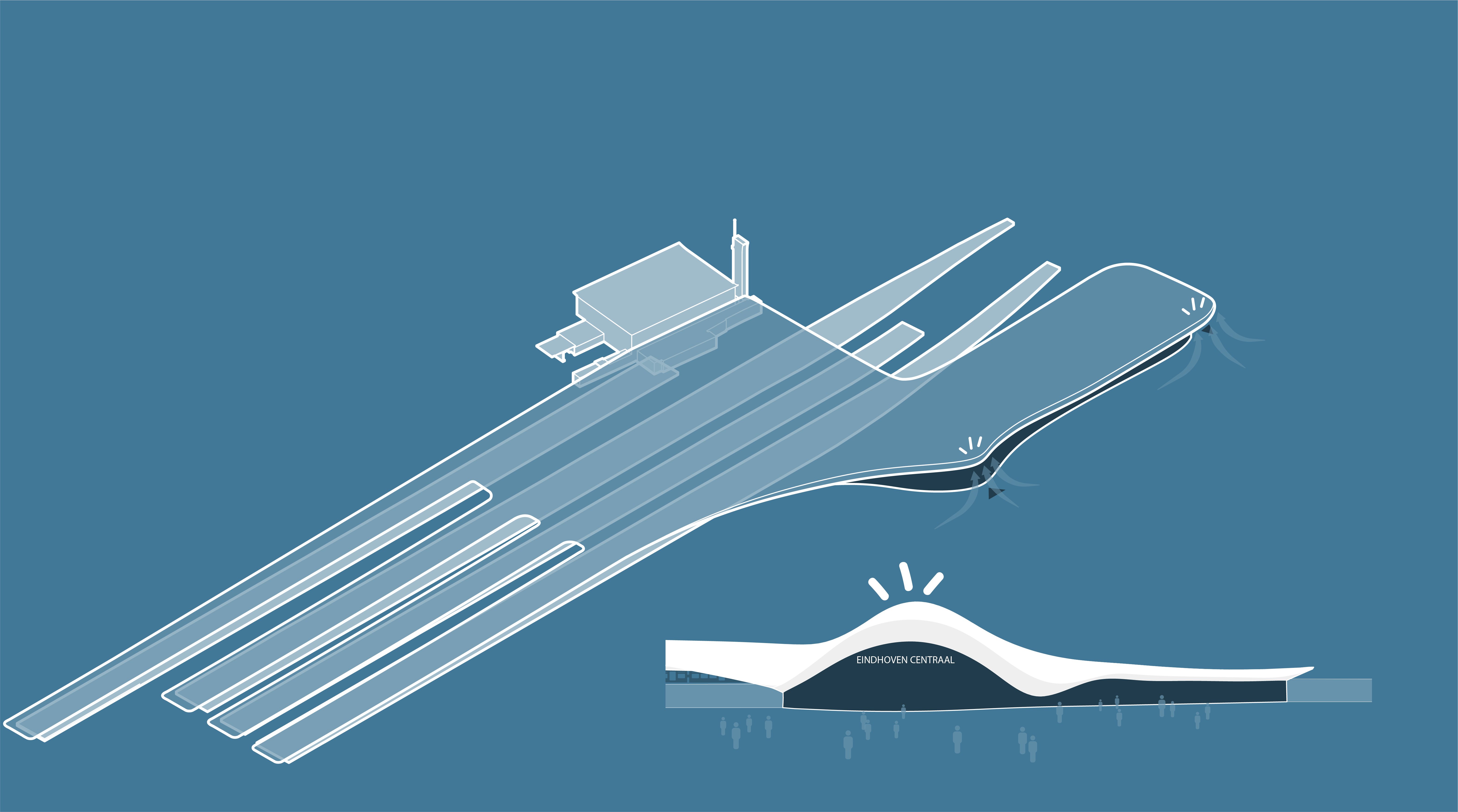 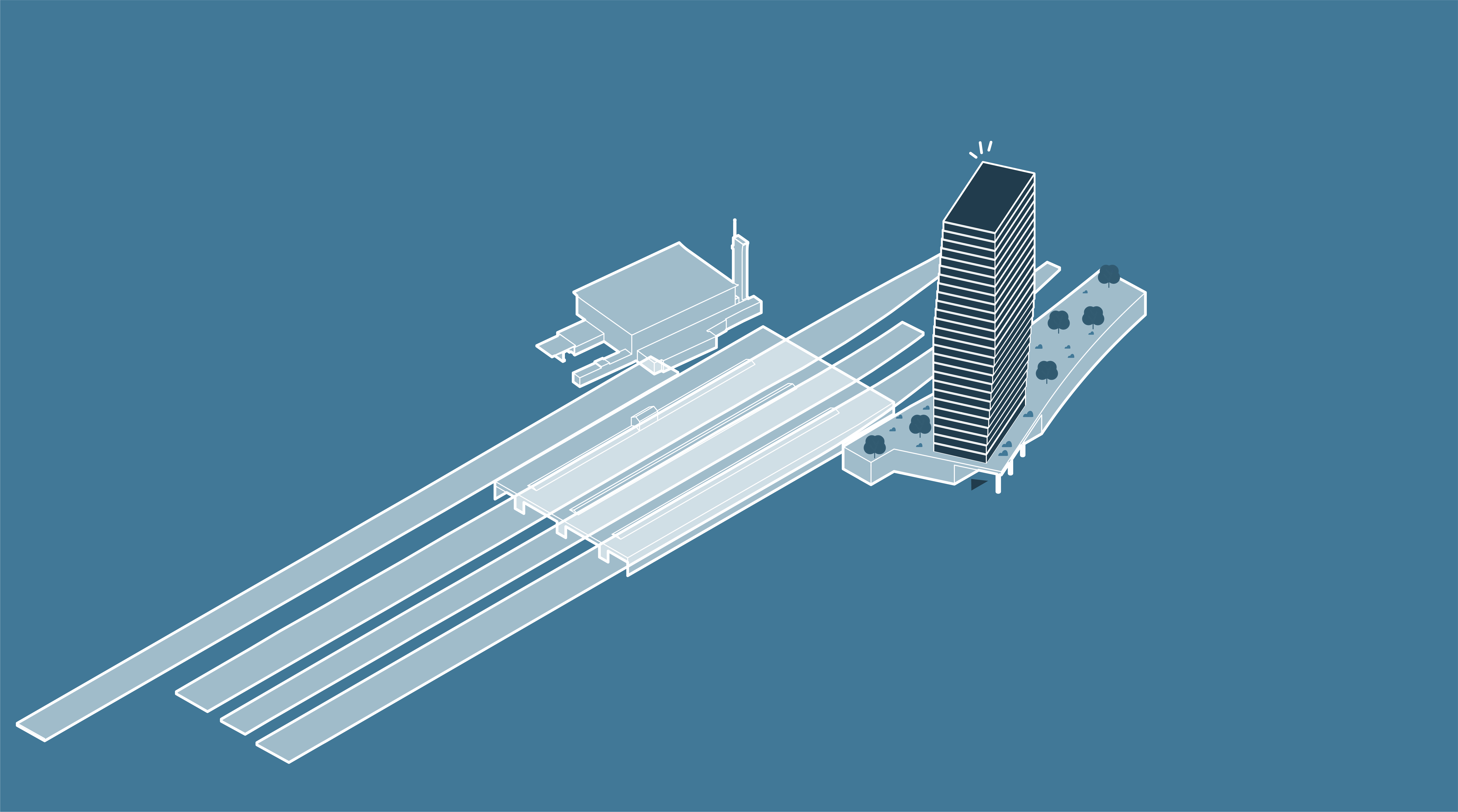 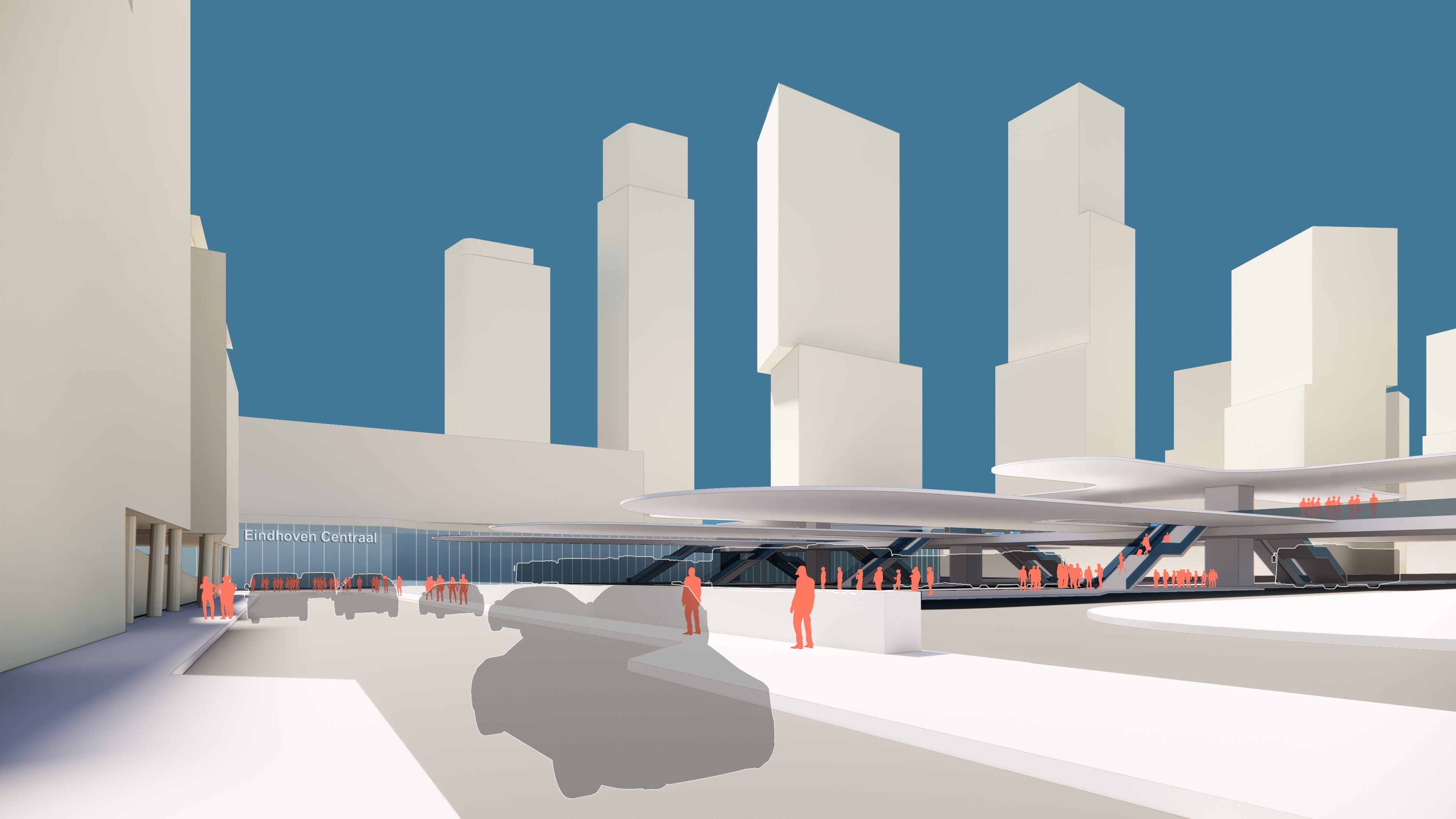 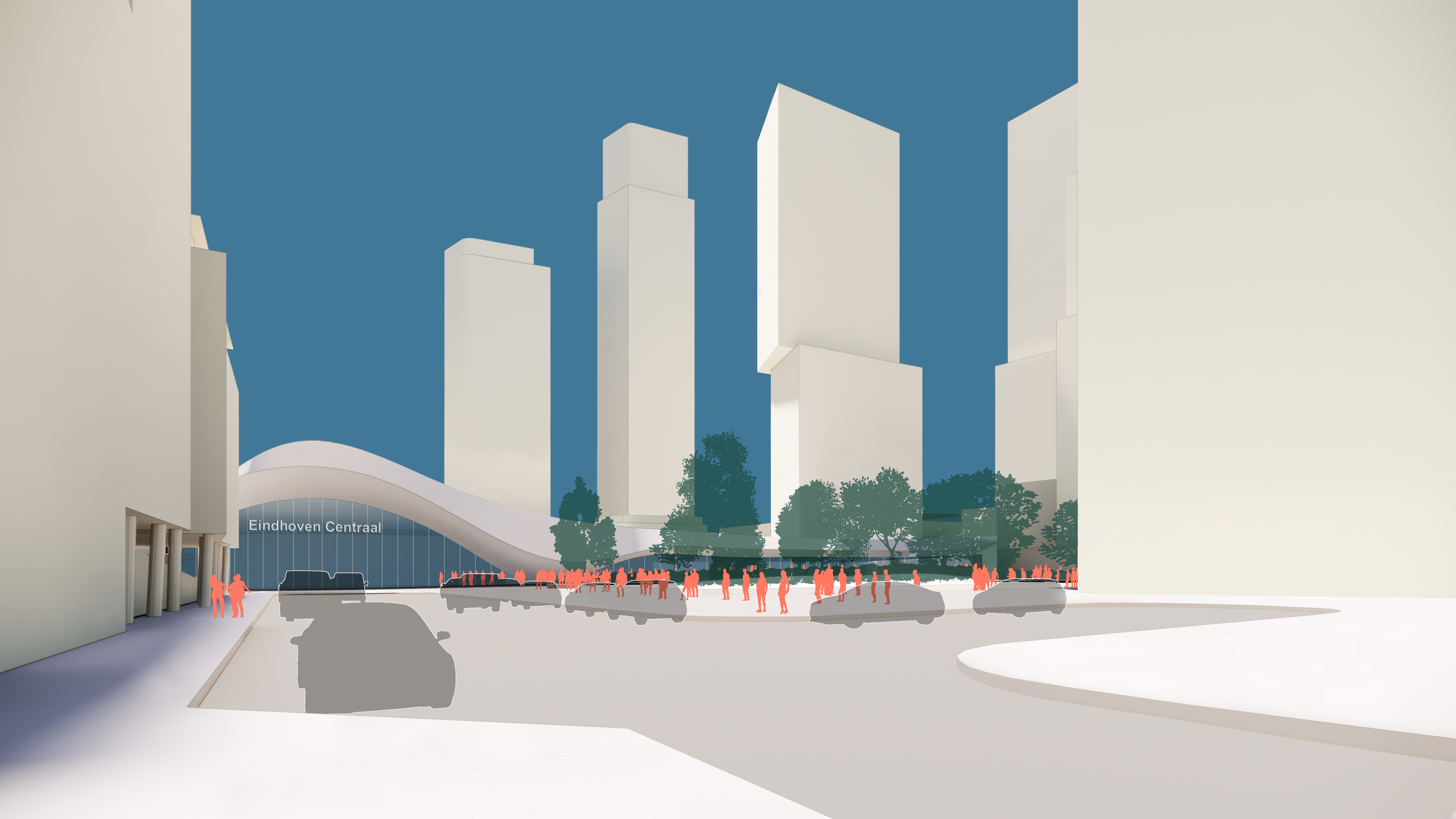 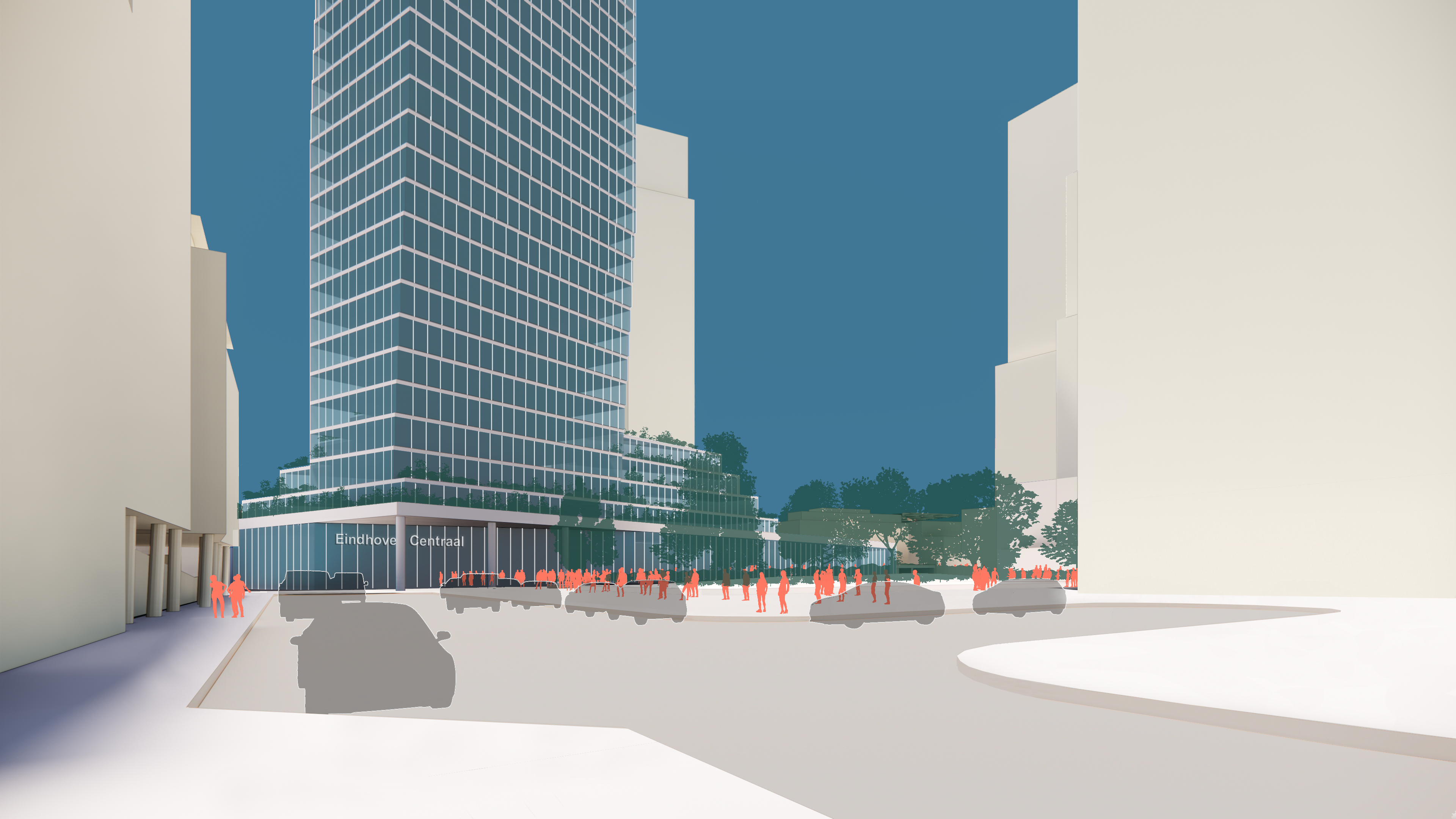